And who said golf clubs were boring...

last years captain of the golf club I am a member of and work at I recently found out is a bit of a bike nut having seen him turn up on a ducati monster 1000s ie. we've always been freindly and always got on well and he offered me a go on it but I couldnt sadly as I was working.

wind forward to last friday in a local curry house and kevin is also in there and comes over to say the bikes just been serviced and had some new tyres on it, if I want to have a shot on it just email him. Very excited by this I did email him over the weekend and I thought he'd be offering a few hours for me, but he turned round and said he was going on his holidays mid week this week till the 2nd week of Oct and that I could baby sit it till then!

so this morning I picked the beast up!

looks good next to the cat me thinks! 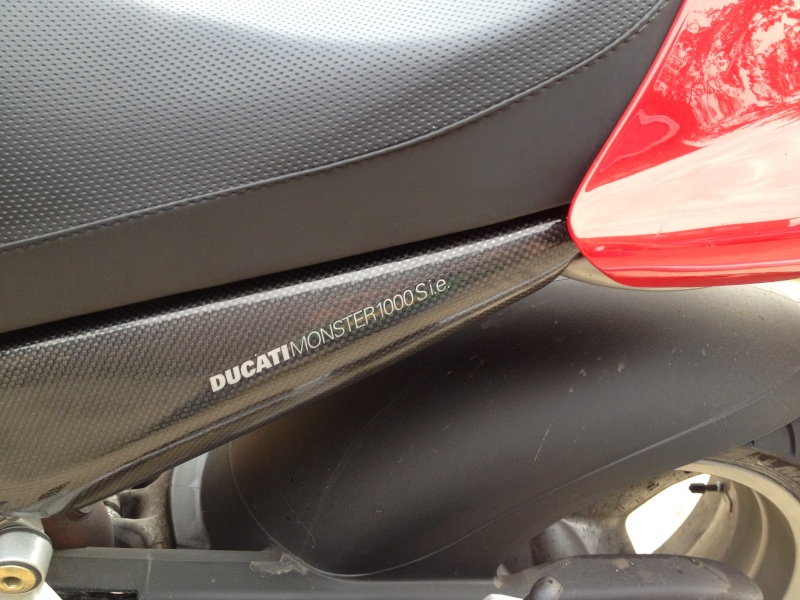 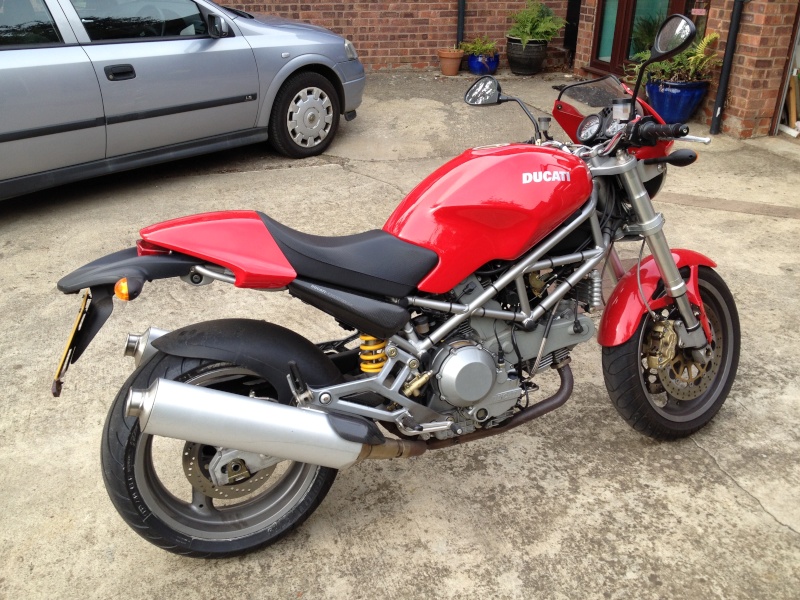 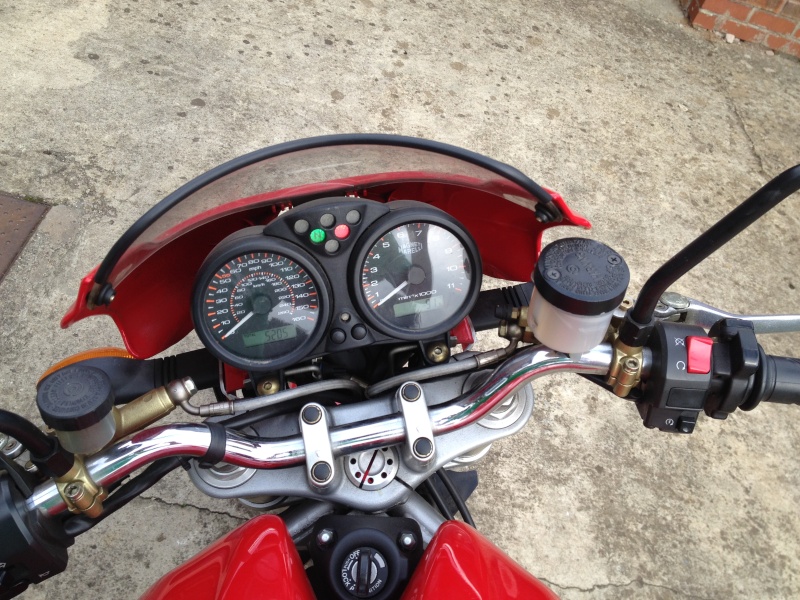 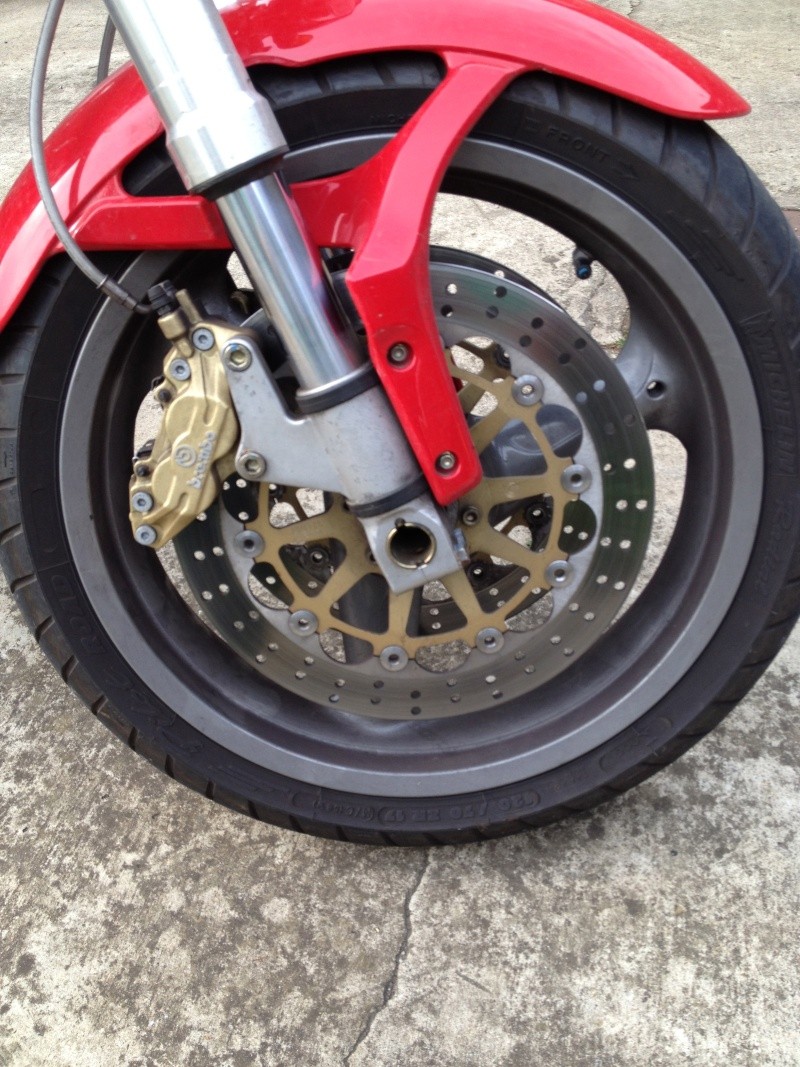 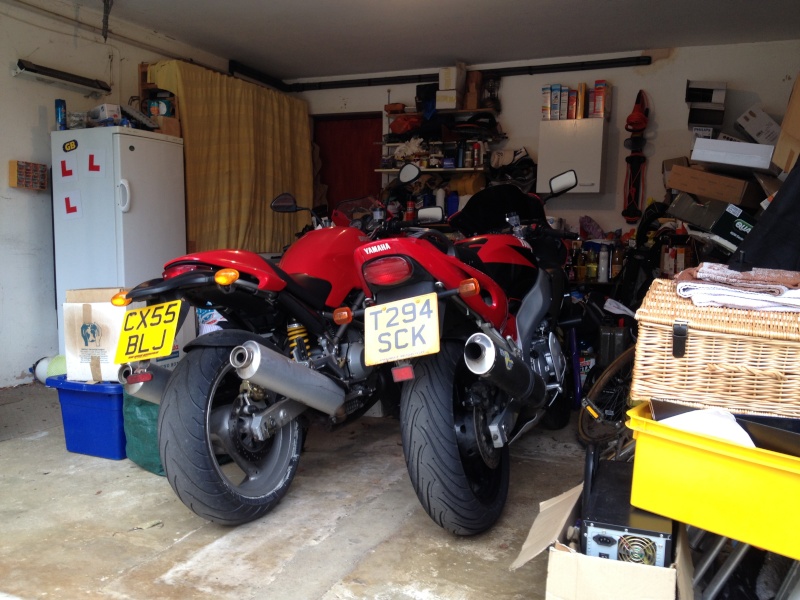 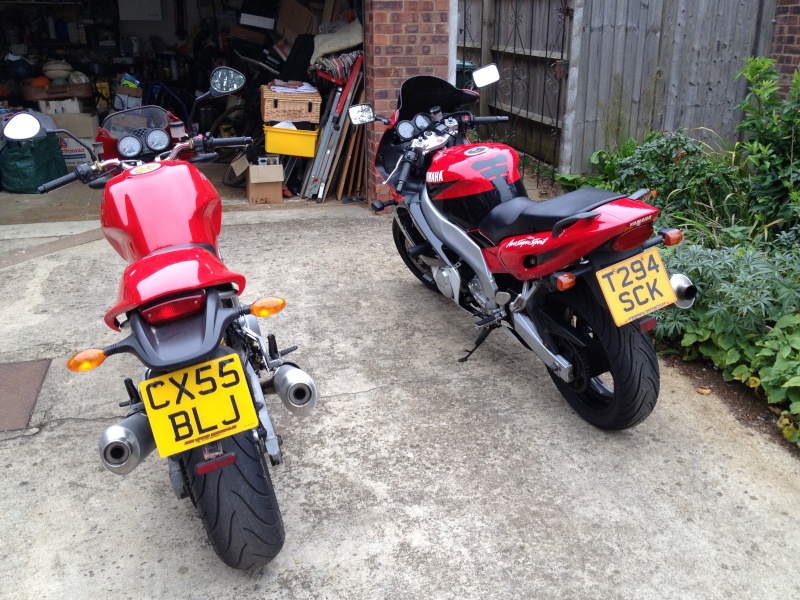 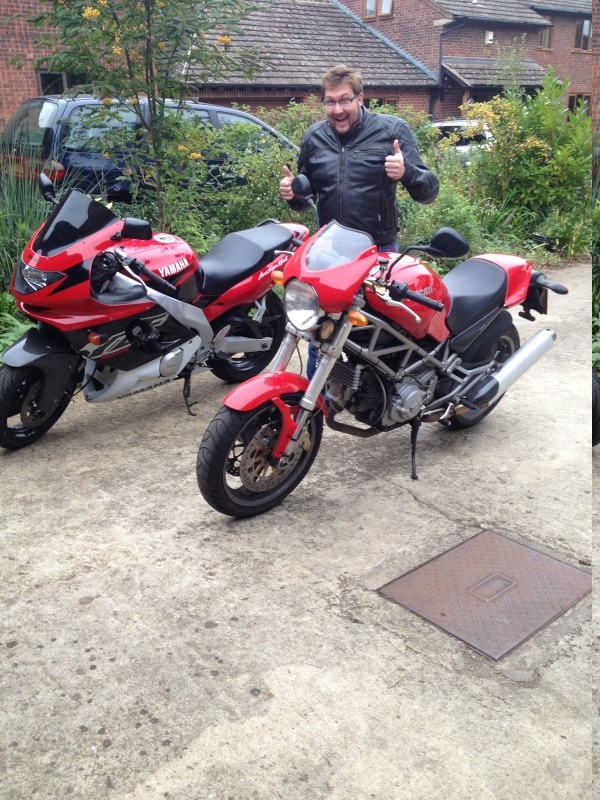 Its very very different to the cat of course, but a real hoot. the acceleration is insane, pin it and the fronts lifting off the floor and skirting on the road surface, but its so composed too. the suspension is very plush I feel compared to the cat's and the brakes gaaawd the braes are good, the brembos on the front are very very good, also add in the engine braking it stops well! It pulls like a train but can also be civilized  as well.
Now as much as I love the cat this certainly has more "character", just a shame it doesn't have some aftermarket pipes on it like termi's, it would sound even better then!

hmm does anyone know why my last photo is sideways? the original is vertical as it should be but its posted it horizontal

I like the dark side!!! just wish I could keep it, but 2 weeks is better than none.

I am riding it like the cat though so slowing down muuuch earlier than I though and the clutch is feisty compared to the cat! but I love it...

one day I shall join the dark side properly, rather than just holidaying in it for abit

MrNutt wrote:hmm does anyone know why my last photo is sideways? the original is vertical as it should be but its posted it horizontal

The pic was stored sideways, I've downloaded, rotated the pic and resubmitted it for you. Just a little funny on the right hand side

MrNutt wrote:hmm does anyone know why my last photo is sideways? the original is vertical as it should be but its posted it horizontal

The pic was stored sideways, I've downloaded, rotated the pic and resubmitted it for you. Just a little funny on the right hand side

Noooooo!! Get a Ducatti but not that one!

A Kawacattis the way to go

why not that one?

i dont own it sadly though, just baby sitting it

@Ellie, don't go dissing the Duke! Loving my S2R up to now. Great fun to ride and those looks are raw and paired back. They do need the Termis though...and mine has them!!

Enjoy Mr. Nutt and try and wonder up to see us before you give it back.

I might be free this Sunday tony, weather permitting could stop by for a brew?

Pleased you're enjoying it Tony, that's what it's all about!

Well suits you sir! What a bloke your mate is for letting you borrow it like that!!

Have fun buddy and ride safe... I forget you're not all that far from me I shall have to come up your way for a blast soon.

Similar topics
» The cat garage
» A ride i nearly had .....
» Busy day in the garage!
» New Bike Garage Nearly Built
» Down to a one bike garage. not happy