Forecast does look good for Sunday.

If anyone's around Lincolnshire I'm intending being at Willingham Woods nr Market Rasen around 2pm (but can be flexible). Hoping Mechy will be along too. If you want to meet for a cuppa and may be head out for a spin then we'd be please to see you.

Damn Damn Damn!! Bit too late for me but I'm hoping to be out in the morning in Derbyshire area if anyone fancies??

Sorry for hijacking your thread but you started it 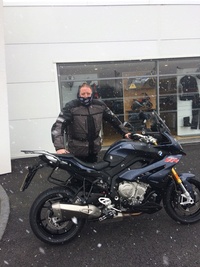 Chris, just txt you before I saw this!

Hah, just sent you a txt before reading this!

Hi Chris,
although I feel very guilty I can make this on Sunday - Willingham Woods for 2pm or sooner.

I asked the Daughter if she would like to have some time with a friend on Sunday - this biking will be the ruin of me! 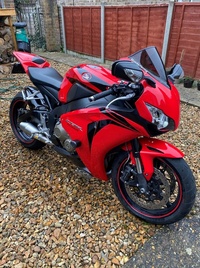 Chris - how about meeting at the truck stop just over the roundabout on the A15/A18 junction. Stay on the A15, follow signs for the airport and the truck stop is on the right before you start going down hill. There's more space and better tarmac there

John - if you can make Willingham by1:15pm that would be great. I think the plan is to head south first and then

Aye, I know where you mean Chris. See you there.

[You must be registered and logged in to see this link.] wrote:John - if you can make Willingham by1:15pm that would be great. I think the plan is to head south first and then

Should be no problem.

[You must be registered and logged in to see this link.] wrote:does me mentioning 12.30 a push mean bugga all then?????

Good to catch up today, even if it was short and sweet.

Yes, great to catch up with you today. Glad to hear you're back safe and sound.

Done less than 100 miles - I know that cos the bike didn't need refuelling! Most done on the short section of The High Street between home and Willingham Woods which I rode 4 times. I know it's a good road, but..... that's not the best bit!

Still the best bit was, finally, getting Mechy's bike to start after the key disintegrated in the lock.

And he didn't have to use the big hammer I brought, just in case.

The Duc has just earned it's RAC stickers

The amusing incident was make even more hilarious by having virtually no mobile phone reception where it happened so discussions with the RAC went well!

I suggested Pete went and walked around the second car park at Willingham, really to stop him kicking seven bells of $#!& out of the bike; to see if he could get better reception. John and I watch on as he paced the tarmac in ever decreasing circles getting more and more frustrated. At one point I was sure he was about to throw his iPhone across the car park. Aside to John - 'Guess there's no reception over there either then!'

Pete, toys and pram - you put it together. Was as amusing as ever!

210miles for me after finding out that the place I had been told to meet was....a meeting place for just 1!!! Lol

Finally meet up at Willingham Wood, got me tea and cheese burger, then panick set in as I saw Chris Eddie & Terry all geared up ready to leave, thought I was going to have to ditch it. Turned out it was just the northern group heading back.

Then we had the incident with the Fazer. Mmmm, thought Peter had got sunburnt in the heat until Chris raised his finger to his lip!

A very interesting day.
[You must be registered and logged in to see this image.]

er excuse me but at what point did i get REALLY angry , apart from what the rac said ??,, 3 and a half hours and not one paddy fit,, the only angry bit in the 2nd carpark was when the phone showed 1 bar and a car blew its horn at me as was standing where he wanted to park,, didnt like the response i gave him, so invited him out to discuss it at which point he declined and parked at the other end !!, knew i need a size 6 allen key and would be ok, took less than 3 minutes when i got one to starting the bike!!!!!!!!!!!!!!!!!!!!!!!!!!!!!!!!!!,, again thankyou to RAC chris for all the running around etc,, and john i owe you a pint for the use of your phone

And all you needed was a big cuddle Pete.

cheers Ross , at least i didnt have one of the new fangled ones with chips in key and hiss or some other crap fitted else that wouldnt have worked !!

[You must be registered and logged in to see this link.] wrote:cheers Ross , at least i didnt have one of the new fangled ones with chips in key and hiss or some other crap fitted else that wouldnt have worked !!

In a situation like that its possible to tape the broken off key fob to the barrel, it should pick up the signal from there.

Yes if you have the tools lol

[You must be registered and logged in to see this link.] wrote:Sounded like all the tools were there.