I've had her about 3 weeks now and haven't even introduced her to any of you guys. I still have the catdog and the storm but this is my baby. Already on the verge of divorce but at least I'll have 3 bikes to keep me warm at night, and they have less mileage hahaha (better hide this post in case she sees it now) 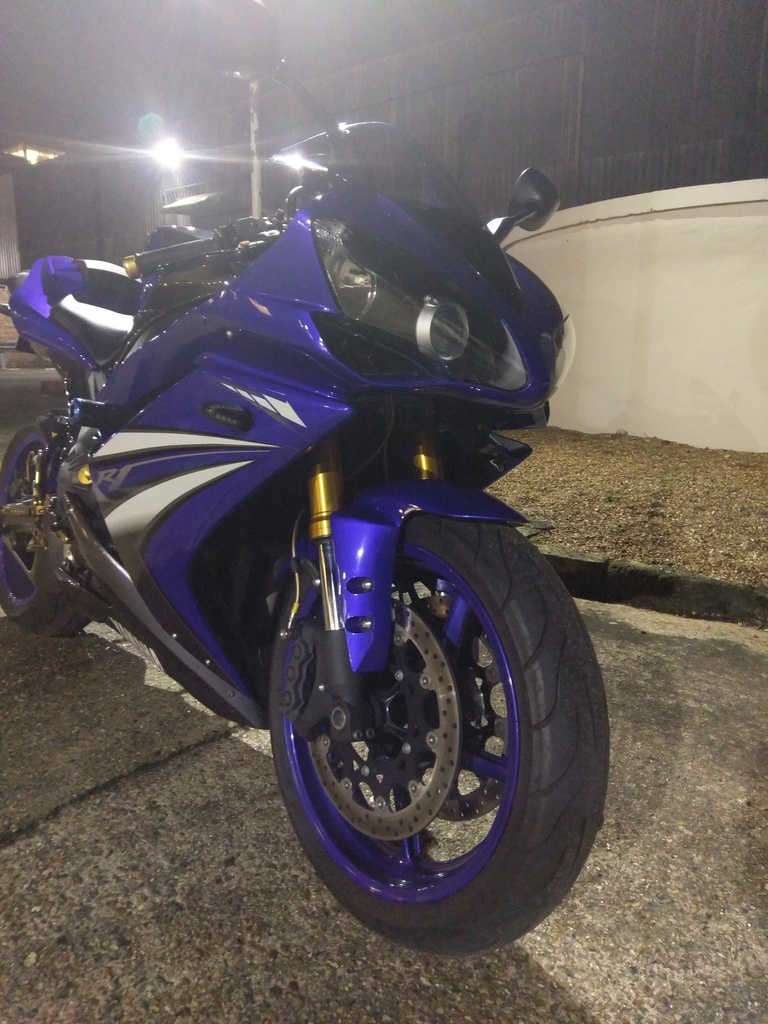 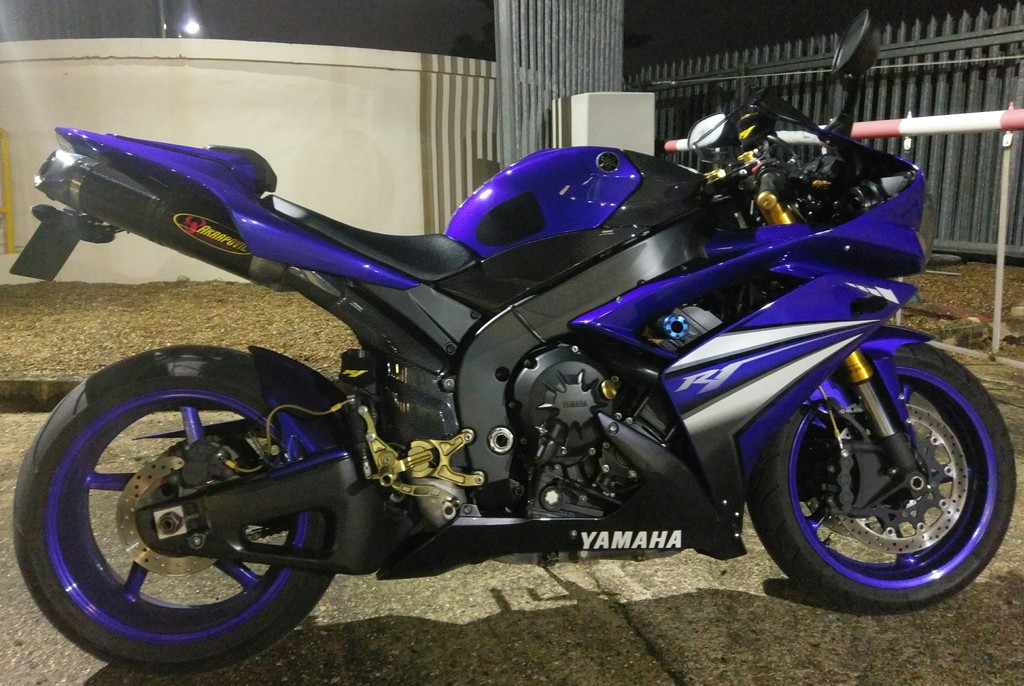 I look at buying one at least once a year, but always talk myself out of it.

Piece of advice, next year don't talk yourself out of it. I had the 5vy model before on an 04 plate, that was good this one being the 4c8 07-08 model is a lot better and a lot still say the best all rounder R1 out there.

I'll wait for the economy to crash again.

The first things to go are the two seat cars and the bikes.

Might we see it in the flesh at Wee Mac??

I'm certainly hoping so Ross. As long as its not raining or it could well be the 5 geared (still) yellow peril you'll all see again lol.

Thanks for the positive comments on the new steed guys, let's hope you'll be as positive about my new match riding gear when some of you see it, not holding out much hope though lol

I wish I was still skinny enough to wear a classic 70's leather bikers jacket (not one of those Italian Café Racer jobs) with a sheepskin vest over it...but I think that bird has flown.

I think it could still be pulled off, as long as people are distracted by the hot pants wearing big bazookered honey riding pillion.

I don't think my rear shock could take one of those and a wet sheepskin if it rained.

Always remember to say 'Only 3' when talking about your bikes with the significant other!

I really enjoyed the 2006 model a mate let me ride in Italy a few years ago...

Couple of good reads there Radar, and couldn't agree with both more. I did have an 04 R1 back in 2012. Only had her 11 months and in that time put 17000 miles on her. Rode her to Cornwall and back a couple of time (600 round trip) Was even more comfortable than the CBR600F I had at the time. I then sold her (something I would come to regret immensely, she is still on the rode to this day with 46000 on her, I do look after my bikes) I replaced her with an 06 RSVR, even though a great bike and the corners on it were unbelievable, right on the edge of the 190 rear and it just stuck like glue, so stable and planted and just filled you with confidence, only gripes I had were rear brake can be compared to replacing you pads with a chocolate bar (this was due to the routing of the rear brake line too close to the exhaust which boiled your fluid after 10 miles, there was a "mod" to fix this though) the heavy hydraulic clutch, fine for motorways but in slow moving traffic it gives you a left arm like Popeye. The final one was more preference and that was rev range, nothing over 10000 revs and I like to wind them up and hear my girls scream. So after only 4 months of ownership I said goodbye to the RSVR (due to losing my license for going a little over 70).

12 months passed and licence back, I had already bought my bike (Thundercat) and got it taxed and insured ready for the day. Midnight struck and I was out on it burning the roads up. I decided to wait until my insurance dropped before I would purchase a litre bike again and once it had dropped low enough I had a succession of litre bikes (Honda Fireblade 929, Suzuki GSXR1000 K2, Suzuki TL1000R, Honda VTR1000F) just to ready myself for the animal that is the R1.

Fast forward to 8 weeks ago when I said to the Mrs, enough is enough I want my R1. Spent long sleepless nights trawling the internet looking for the right one, making a list of all the lucky candidates and then travelled the country viewing and test riding. I could not believe the amount of people that post sale pictures of their bike that were taken the day they bought it and state "my pride and joy" "no expense spared" and my favourite one "never seen rain" You then arrive to view and its the biggest unloved rust bucket you've ever seen. dealers are just as guilty! So after 6 weeks of searching and travelling the lengths and breadths of the country finally found the one for me that was "exactly as described". I will not be selling this one though, not in a million years, I've already told the Mrs to contact the local church and get the family plot extended as this one is being buried with me.