I don't know the riders or if they were members on here.
The 22 year old (Lewis Clark) is pictured with a Thundercat and also a BMW in separate pictures.
Picture of one of the burnout bikes had under seat exhausts.

Looks like it happened on the Isle of Man.

Viewer descrection (for the video) advised.

Be careful out there folks.

I think Lewis was riding a BMW S1000R at the time. The German rider who performed the overtake was on a Ducati of some sort, so it's probably that with the under-seat exhausts.

I've not met his family, but some of the Whiteknights Yorkshire Blood Bike group I ride for have.

They have done a great deal of fundraising and awareness raising, and his mother spotted on Facebook that he 'liked' Whiteknights

So far they've raised about £4,500 which they are donating to the charity and one of the new FJR1300 bikes we have just bought for the fleet has been named in his memory.

shocking video, makes you feel for his family. 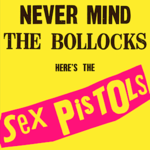 Poor lad, just goes to show that it's not just your own riding you need to concentrate on folks.

Thanks for sharing Matt.
Something positive that could come from it.