I'm Derek from South Africa, glad to be part of this forum and hope to make some new friends

Welcome to the forum

Interesting colour scheme you've got there mate.
What's it like biking in SA?

Thanks guys, yip Rosco I bought it that way a couple of months ago and love it

(My first "real" bike, having only owned a DT 50 and TZR 50 before this). The biking scene is quite huge here, there are lots of clubs and events, I've been to a few before I owned a bike and they're really cool. Right now I don't belong to any clubs, I prefer riding solo until I get my learners licence lol, my reasons being that I don't ride as fast as most guys do coz I've only been riding for like 3 months now and some of our cops here give bikers a hard time so I don't wanna get caught without a licence on a road I don't know far away from home... I'm hoping to join a club sometime next year though

Hope you enjoy the forum

Hi Derek and welcome.
Very nice looking bike you have.

Hi and welcome to the forum Derek, hope you have a good stay mate, nice looking bike you got there, hope you have many happy miles and adventures together. Stay safe and ride safe. Get that learners licence too, you don't want to fall fowl of the law

It took me a long time to join a club, found a bunch I got on with and in spite of being many km's away

I'm still in contact with some of the survivours, 30 years later.

Nice looking bike you have, I'd guess though that plate would 'interest' the boys in khaki. Are you in GP land? I lived there for 18 years, but didn't ride the bike much there. Most of my riding km's were whilst I was in Durbs and 'Martizburg.

Thanks everyone, you guys really know how to make a person feel welcome

Hey Steve apparently your bike gets impounded for that plate and you just get a fine if you don't have a plate on, but I've got another one made up(just lazy to put it on lol I like how this one looks better). I'm actually from Pietermaritzburg and still live here, which club did you ride for?

It's Touriders Natal (they never bothered updating the province

) most of the 'Maritzburg members though joined Fast Company headed up by a very good mate, Otto de Haas. Otto sadly lost his life whilst on his R1 in July.

Back in the day, PMB had the highest bike per capita, think it also had the highest or second highest alcohol consumption too!! Also the only place I know where the police breathalyse pedestrians!

If the scene is the same, then there are often shop runs which you'll be able to join once you get your license. There'll always be the vingats out front, but there was never a problem for those wishing a more sane pace.

Hi & welcome to the forum

I haven't heard of Touriders Natal, are they still together? Yeah Fast company has quite a lot of members too, I actually bought my bike on the morning of Otties funeral and we rode in it... 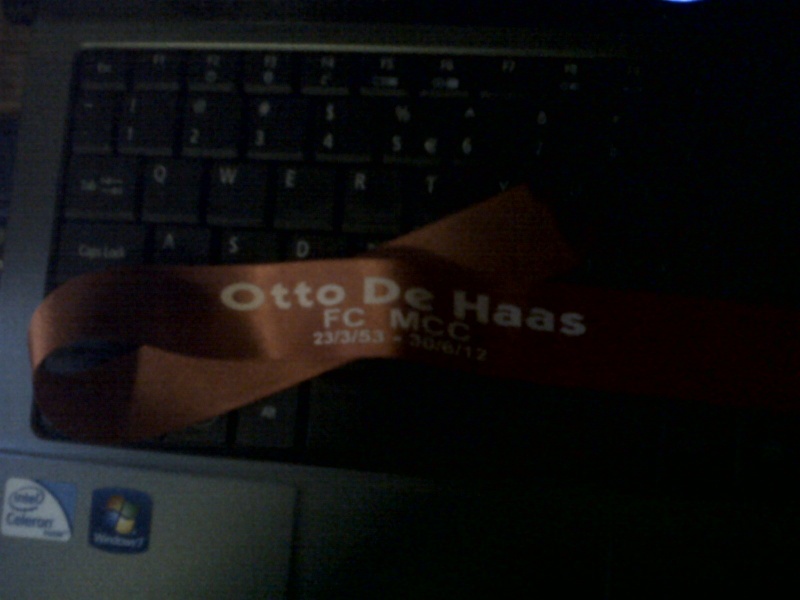 I've never met him but it was sad to lose another two bikers.

There are still a lot of guys who drink and ride here... There are also much more bikes now and many of them are superbikes owned by guys about my age who ride really fast and many get into serious accidents because of inexperience when in a dangerous situation.

I prefer enjoying the view and scenery aswell and not just riding fast and focusing on nothing else.

Thanks for the pic Derek, not the best of starts in your riding career going on a mass ride like that- 'fraid I've done way too many. I do have to wonder how on earth I managed to survive, thinking back on my antics.

It was Hot Ott who got me to join the club, I was an 'independent' and wasn't keen on the idea. Helped him organise the first Mustang Rally in 1982 in Mooi River, but wouldn't attend it! The following year I computerised the entry system and as the only single guy on the committee, was responsible for selecting the 'entertainment' which mean't auditioning quite a few strip shows

. Ott and I were mobile DJ's, so we took it in turns to spin the vinyl

Don't feel pressurised when you get out in a group, as is often said in the UK - ride your own ride., but also don't feel obliged to have a Castle with the rest of them.

Would be interested to know how the licensing works these days.

Nice work if you can get it though

His ex and her viance and my cousin all ride for the same club called Kamikazee Crew(not sure if I spelled that correct) and they've invited me to ride with them a few times but I still don't feel confident enough and prefer riding solo... Way before I even had a bike when I was in school whenever I thought about bikes I always pictured myself riding alone on the highway doing wheelies and christ airs

but maybe someday I will join a club too. Until then I reaaaly don't mind helping out with the 'entertainment' for all the events

I'm also not too sure how the licinsing works now, I think that you just get your learners and after that you book a test and go on a bike that's 125cc or bigger and then they make you ride figure 8s and stuff...

Derek! wrote:
I'm also not too sure how the licinsing works now, I think that you just get your learners and after that you book a test and go on a bike that's 125cc or bigger and then they make you ride figure 8s and stuff...

Not like in the UK then Derek. First you do compulsory basic training followed by off road manoeuvre training and test (slalom, figure 8, hazard avoidance). This is module one. For module 2 you go on an observed road ride to assess you road craft and safety.

After that you do a fire leap through a flaming hoop and as long as you can jump 14 double decker buses, congrats you've passed!!

(Alright the first 3 bits are true)

Doesn't sound like much has changed licensing wise then.
I had some maneuvers in the yard and was then sent out on the road. I think the idea was to get over the busy road and up a hill, do a U-turn and come back without getting crushed by a bus or mini-bus taxi.
When I got back to the yard the inspector had his back to me and was talking to someone 'oh you're back already - OK son here's your license'

SteveCat wrote:Doesn't sound like much has changed licensing wise then.
I had some maneuvers in the yard and was then sent out on the road. I think the idea was to get over the busy road and up a hill, do a U-turn and come back without getting crushed by a bus or mini-bus taxi.
When I got back to the yard the inspector had his back to me and was talking to someone 'oh you're back already - OK son here's your license'

@SnowCat I would actually prefer it if the training was a bit more like the UK, the off road manoeuvre training and test sounds interesting too... From what I've heard,in South Africa you don't even go out of the yard now all you have to do is some maneuvers and be able to pull off on an incline... I'm not sure how true that is though.