Not a Thundercat but a couple of issues

Not a Thundercat but a couple of issues

I've put this on the BlackBird forum but thought I would see what you guys think.

So, I'm having a couple of problems, to be frank, my bike is not what you would call "In great nick". It wasn't when I bought it four years ago but I did get it VERY cheap and I do my best to service it regularly.

I'm having a few problems with it:


So I thought I'd have a look into it, and also check the valves clearances while I'm here, it's coming up to 65k so about time for a check, I got the missus to drop me off to work today so the bike could be cold for when I got back.

I removed the seat, front fairing and tank and airbox

The first thing I find is this: 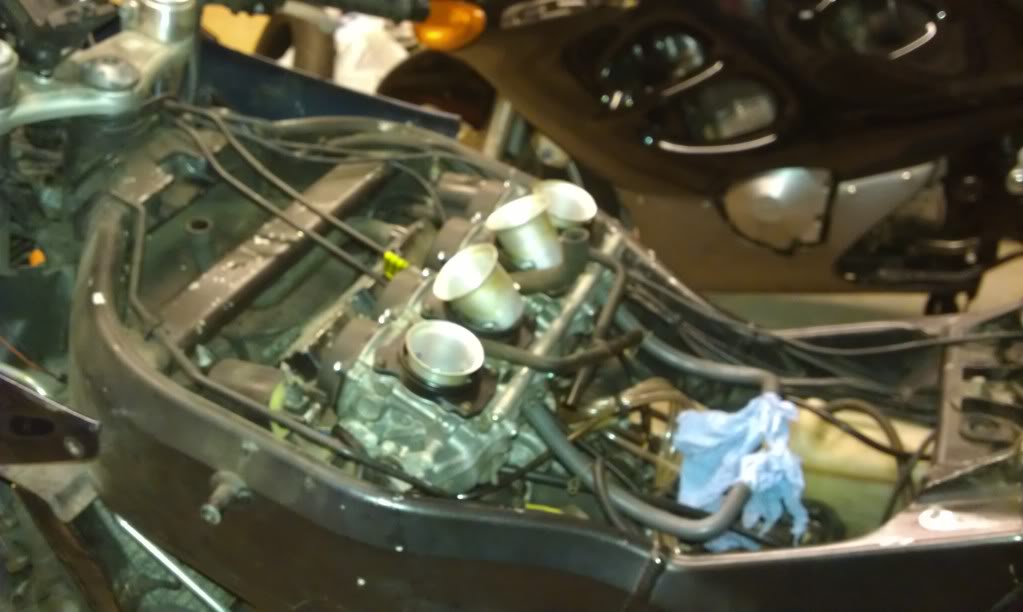 The middle two stacks aren't where they should be, after loosening the rubber collars under the airbox I didn't have to yank it off so find it hard to believe this caused it, could this be the two noises I heard?

Here's a pic of one of the stacks, the other looks the same 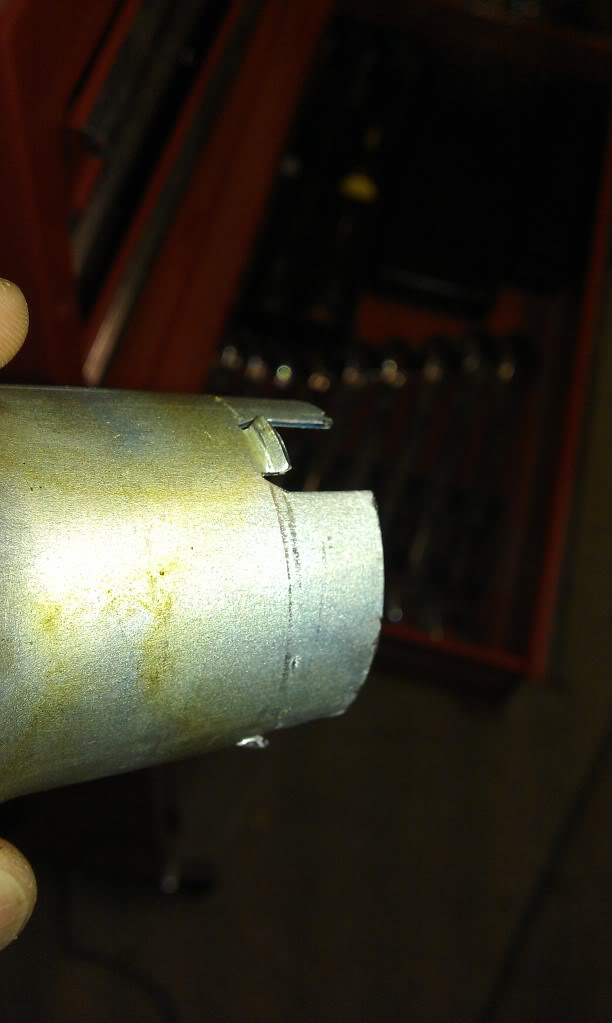 I know those tabs should fit under the black surrounds they come out of on the carbs, I did strip and clean the carbs some time back but don't believe anything went wrong there, the other two are fine and I've done that job several times before with no ill effect, should I just bend the tabs back to a steeper angle and re-fit? Or get new stacks? I'd prefer to find a cause before doing something though


Next I looked into the leak, I looked at the front of the engine and could see clearly this time that the leak is coming from way above the oil cooler hose, it's coming from a drainage hole under where the header for no 4 exhaust is attached, I think this is to drain off any water that might get in to the recess where the spark plug lives. Strange, or at least I thought so until I got the valve cover off and it all became clear. 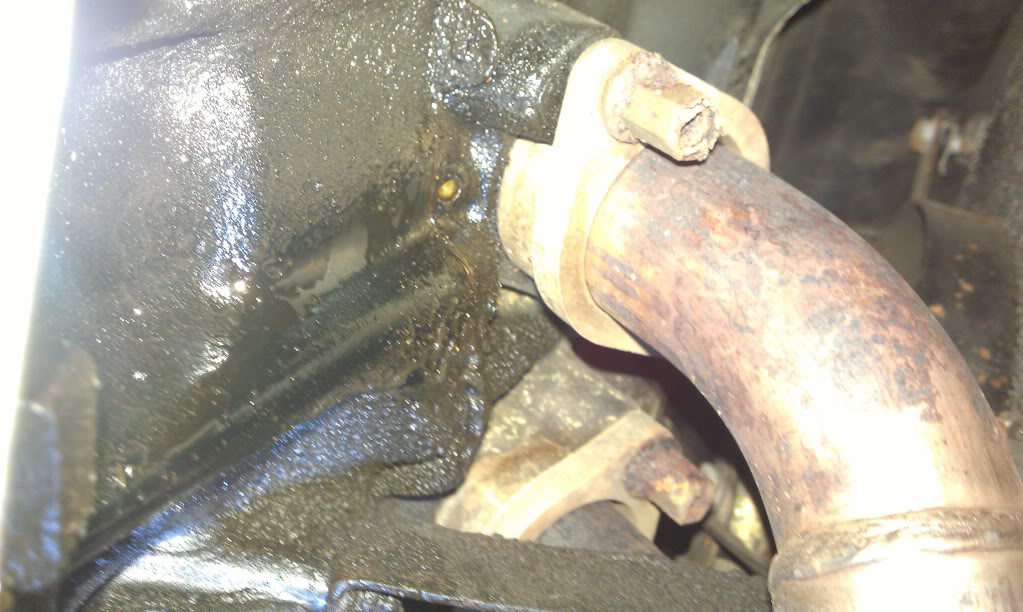 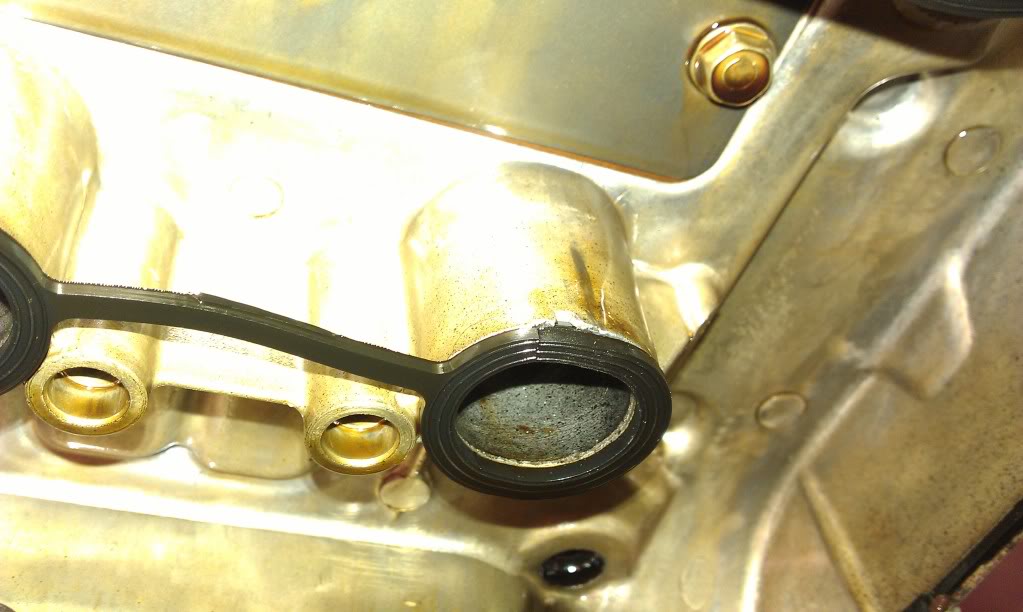 See the split in the gasket, and a more side on shot 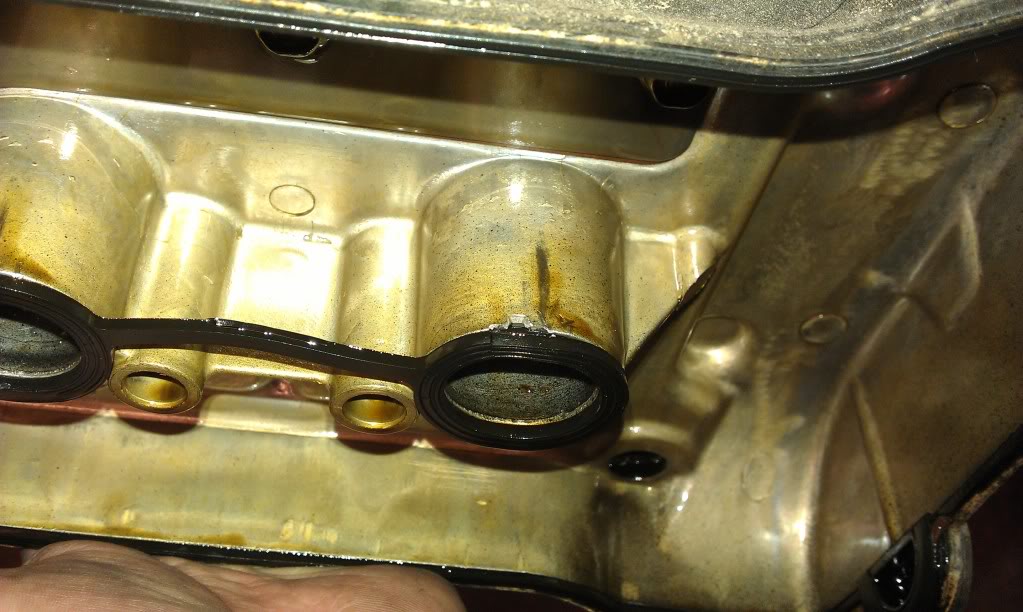 It has somehow been chipped in the past, I'm guessing the previous owner may have dropped the cover when he had it off at some point, this is the first time I've had the cover off on this bike myself. This must be the cause of the leak, oil is getting through the split in the gasket and into the recess where the sparky is and then going down the drainage hole. What do you think? New gasket should solve it? Ideally a new rocker cover but it's hardly pouring out as it is so thinking of trying a gasket first and if probs persist then new cover too. 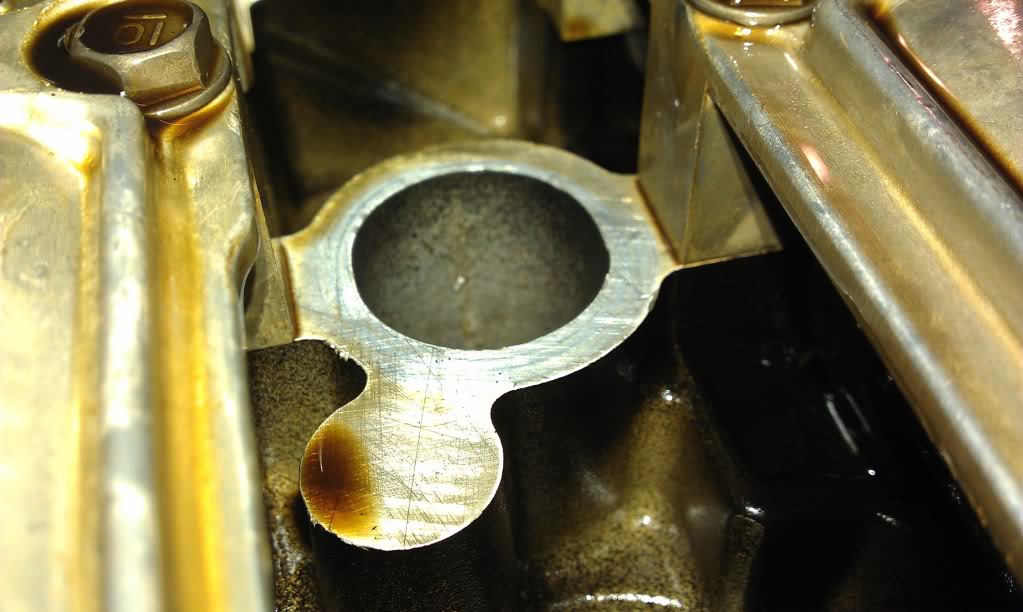 About the coolant though, the only think I could think of was that maybe it's been topped up so much now after it's dropped coolant that it's all water and not coolant. When you stop you can see the water bubbling away in the reservoir tank like in a kettle. HOWEVER, race bikes use just water don't they, distilled water I grant you, but not coolant so it cannot make a mess of the track if a bike goes down. I don't know how different the boiling characteristics of distilled water are to tap water but it's a thought.

The more likley thing to me though is that the system is not pressurised as it should be, the hoses from the rad are going to the right places, I've put a new rad cap on which seemed to help alot to be honest, just done about 1100 miles in a week with the missus on the back on holiday around the lakes and it only dropped 2 or 3 three times over that week, so I am thinking another place for a lack of a pressurised system, when it's back together I will do a leak down test (this will be my first) to see what that throws up.


Well, I say 'interesting' just Cyl No1 and No4 really especially No4 exhaust. What do you recon? I went through the whole procedure again from the beginning two more times to make sure I hadn't cocked up anywhere and got the same readings

The pop noise might have been a back fire but its strange the bell mouths came out the rubbers. The only problem with straighting the tabs is there is a possibility the tabs might crack and fall off then go into the engine, try straightening them but have a close look for cracks. The rocker cover could be repaired with liquid metal, but the cover will need to be very clean, so file it back to bare metal and use brake cleaner to wash off the oil, The liquid metal can be filed down to shape after its set. On the water side, antifreeze not only stops it freezing it stops corrosion in the water jackets which is why it should be kept in all year round, more so on alloy engines(also be carefull mixing different types of antifreeze, because it can become a corrosive

) Bubbling in the header tank and no external leaks can point to head gasket, porous head etc. Check the spark plugs to see if one has different coloured deposits on the electrode. As for the tappets the valves are sinking into the valve seats, do a compression test and if they are ok adjust the tappets, aim to get all the exhaust valves the same as each other and the same for the inlets. I seem to remember you said that the bike has been rejetted, if so incorrect mixtures can cause valve/seat wear. With the tappets that far out and two bell mouths loose the bike will run like a pig any way. To be honest if you dig deeper into the engine the cost will get silly very very quick, so the best thing might be to adjust the tappets, new spark plugs, repair the cam cover, adjust the mixture and balance on the carbs and flush the cooling system then refill the cooling system with 50/50 water antifreeze(the blue stuff shows leaks better than the orange) and see how it goes. Unless of course the people on the Bird forum know of any known issues and fixes for your problems. I'll ask around a few people to see if they've heard of these problems, but the Bird is known for a good engine, electrics can be a problem though.

Cheers guys, I've now got a replacement valve cover for a song so need a new gasket too. To be honest it still runs and pulls like a good un from idle to the red line, apart from a bit of fluctuation on idling that is. Not too bad on the electrics front as it's the carb'd model, but I've been through the dreaded Honda reg/rec issue already

- Carbs stripped, cleaned and balanced several months ago by me, a job I've done several times on different bikes and not had any problems (although that doesn't rule me as a cause out)
- Sparkies look good, apart from the oil around the top of no 4 sparky due to the above
- Not going to drop the coolant just yet incase I find a head gasket leak (see below)

My plan is now:

- Pay the nice chappy for the replacement cover
- do a leak down test, I can still do this with the valve cover off can't I? It's not like I've taken the cylinder head off
- Get the valve guides off and order the new shims/go to Fowlups in Bristol on Friday morning, fit them when they turn up and get the top end back together
- start her up and do a compression test?

Well done on the cam cover that was lucky to find one of those. Good idea on the job list hope it all goes well. Honda reg/rec is a issue, so much so that when I was talking to one owner he though it normal to carry spare bulbs etc under the seat, when I asked why the box was so big it turned out it also housed his spare reg/rec the 3rd one in 2 years. If you feel like another job part of the reason the reg/rec fails is excessive heat, if you mount it on a block of aluminium the same size as the reg/rec and about 20mm thick. Drill holes through the block from all sides and the aluminium will act as a heat sink and the holes will allow air to cool it. VFR's are the worse there are reports of RC30/45 ones running at up to 100c in traffic

Bloody hell, I replaced it with an uprated version with a much bigger heat sink which the BlackBird fellas use as seems to be a 'proven' unit, so fingers crossed, but it's deffo a Honda issue isn't it.

My mates VTR one went, but it went the wrong way and the battery ended up over charged and bubbling over, we pulled up in Weston Super Mare to a smell of rotten eggs, so fitted a new reg/rec and battery for him and still going well.

Thanks for the heads up on the heat sink idea though, deffo worth knowing

This is turning out to be expensive, valve cover gasket is over £40 on it's own but it gives me an excuse to buy a new tool, an auxiliary fuel tank, which I've been meaning to buy for a couple of years but never got around to it, makes it much easier to test or do things with the actual tank off.

Just been talking to a Bird guru and he says that the pilot screws for cyl No's 1 & 4 should be turned out a different amount to the cyls 2 & 3, I followed the Haynes for settings but am pretty sure I set them all the same when I did it, so this would account for the difference. Am getting the settings from him as I have the carbs off so will take this opportunity to sort that out.

The pilot screws on my Cat are slightly different on the outer carbs, but then again they're nothing like the settings in the Haynes book anyway, took a couple of years of playing but it runs sweet and is very good on fuel, average 59.78mpg over the last six years. Something for you to aim for with the Bird 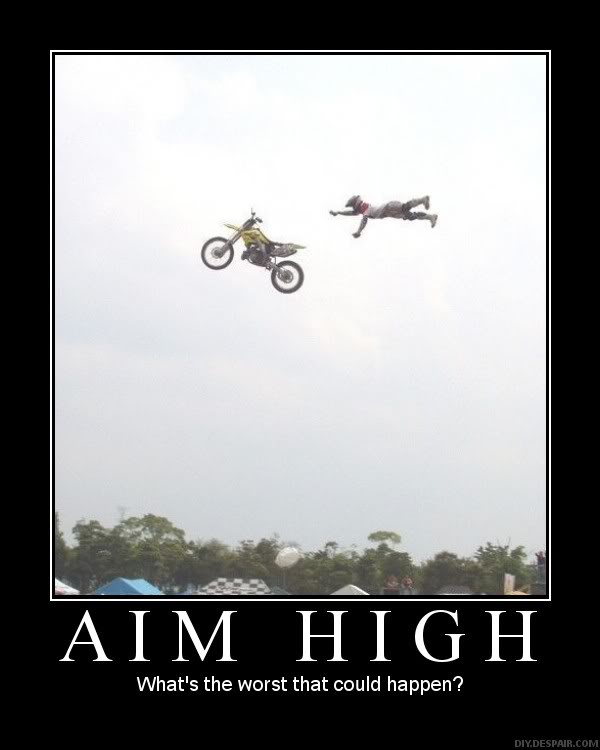 Similar topics
» Couple of sightings!
» My Cat - A couple of pics of my bike :)
» Start of season issues
» My winter project.
» Just a couple of old pics I found...