Hi
I'm Steve and started owning and riding my Thundercat earlier this year. I ride a cruiser as well,but the Cat really is a pleasure and as far as I can see,it was a very under rated bike as it does all it says on the packet for me. The only prob I have is I am quite stocky built and have a bit of middle age spread,LOL. This means that I find the bike a little on the cramped side,but that's not the bike's fault.Performance is incredible after riding my cruiser and so is the handling. I had a Bandit before the Cat,but I prefer the Cat as it's much,much quicker

It's great to find a forum withh people with Cats,Thundercats. :yzf: :yzf:

Welcome to the forum - what colour is it??

And welcome to the forum.
Plenty on here with mid-life midrift, plenty in their 50's too.
There are a few skinny young things kicking about as well.

I too went from Bandit to Cat and couldn't believe how much better the cat was.
Enjoy the cat and the forum.

Hi & welcome steve. Post up some pictures of the cat. How long you been riding?

Hi Steve, welcome to the forum... Thankfully there are only two people here with supermodel figures so don't worry too much about being stocky and having a middle age spread...!

Glad you are loving the 'cat, tis a fantastic bike. You've found the right place too as this is an active site with many rideouts and a great bunch of people that really enjoy biking. Hope to see you on one soon.

glad you found us... plenty great folk on here, some young, some old, some skinny, some not, some quiet, and some not

Enjoy the site and hopefully we'll get to meet you at some of the rideouts at some point.

Hello from me in a very wet Lincolnshire 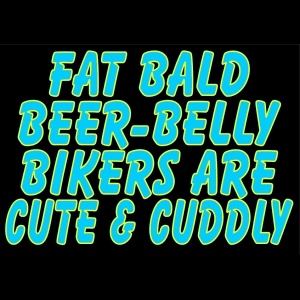 Hello from me in a very wet Lincolnshire

I hope you've ordered great weather for next weekend Andy!!!

Hi S, dont worry about the spread. i think most on the site have "over indulged" sometime in the past.

Thank's so much for such a nice welcome,its real nice to be around folks with the same sort of interests and everyone sounds real friendly.

I'm 52 now and have been riding on the road since I was 16 until I was in my late 30's and then due to some health problems I had to give up biking for about 12 years,but then oneday about 3 1/2 years ago thought SOD IT!!! I'm gonna get back into biking and went out and got myself a 600 Bandit. Then I got a bit of cash together and bought a new Suzuki cruiser VZ800,but you know what its like I had to get another sports type bike and went out and got another Bandit. After spending all winter streetfightering it I decided I was bored with it and sold it. That's when I found my Thundercat it's an R-reg 1998 and has done a genuine 15,000 miles.Its got a FUEL race can and tinted double bubble screen and tinted headlight protector. It's the Black Silver and Orange one and I think it's a fantastic little bike,it's well quick enough for me and the guy who owned it before me uprated the forks and jacked up the rear end a little,so it handles quite nicely. It has a pair of Maxxis tyres which seem pretty good. I have started to polish the wheels and respray them,but have only done the back so far. The only thing I would like to change is the handle bars for some straights,but only if I can get a top yolk from some other bike that does'nt have the cut outs like the original one. I am going to try to post some pic's but am still trying to work out how???
Many Thanks for having me.
StevieH 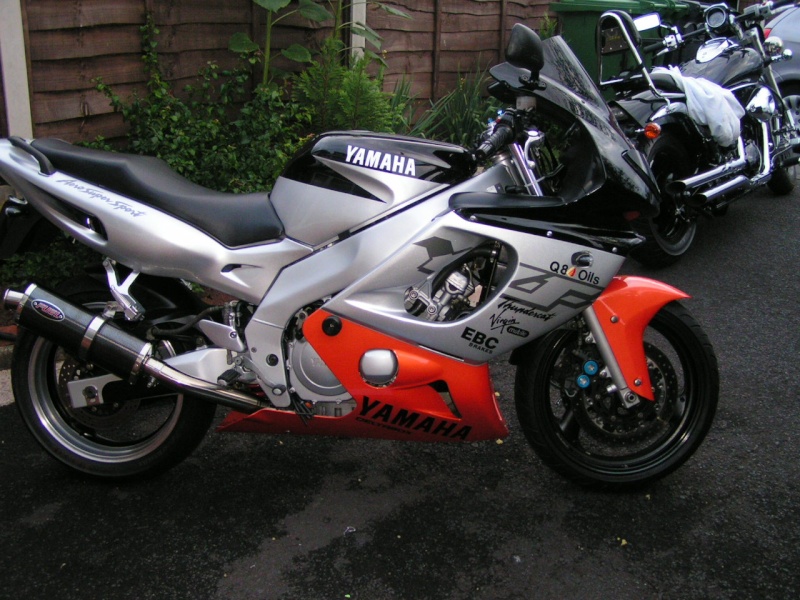 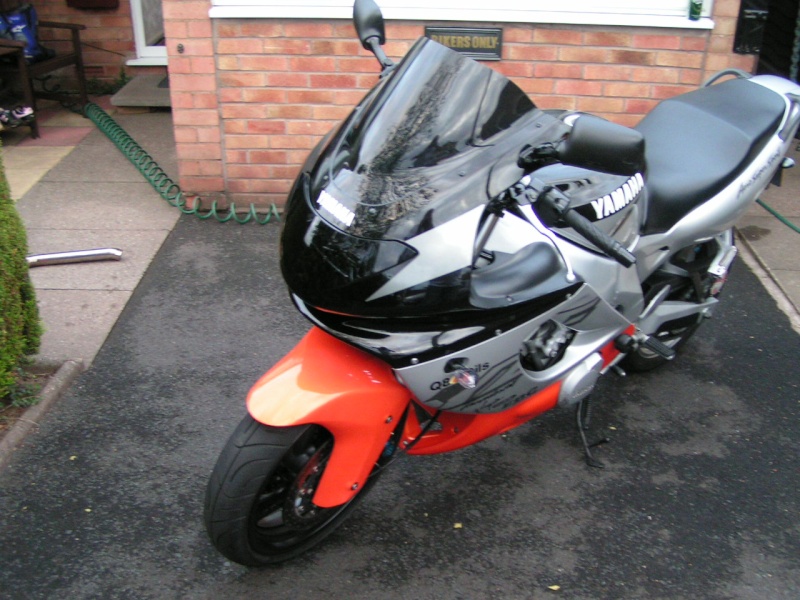 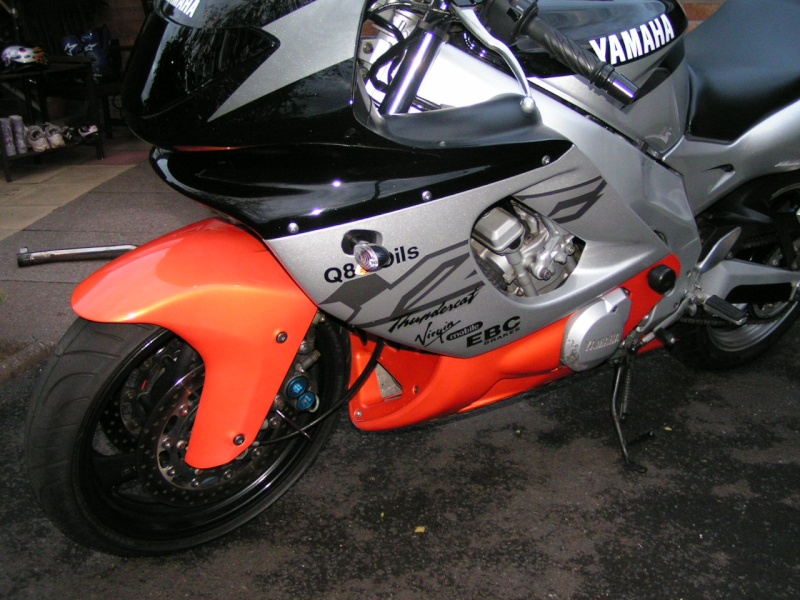 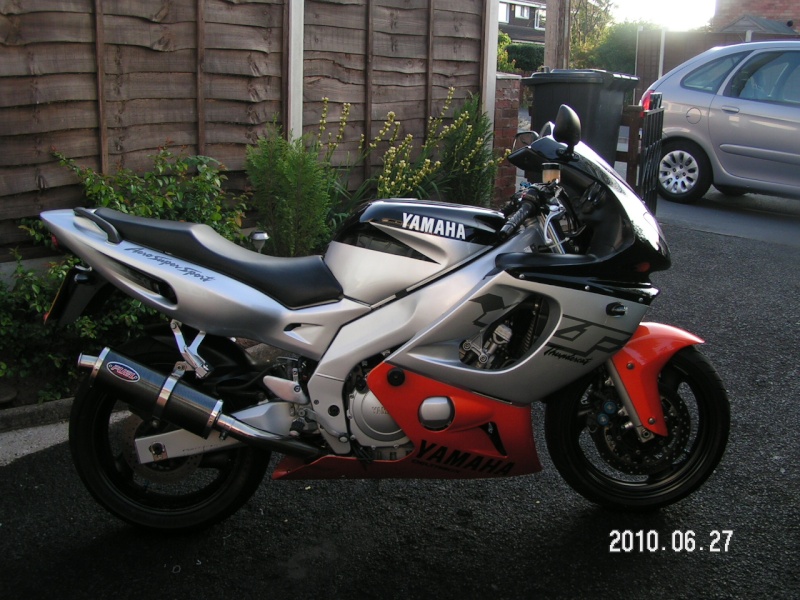 Thanks for your kind comments.
It's in pretty nice condition and hopefully over the winter I will do a bit more to it ie:polish the wheels properly,get a seat cowl for it,and maybe put a set of straight bars in it.Would like a set of mushrooms on it as it has some cheap flimsy ones on at the moment and has some small cracks in the clocks(dont leak though). Might spray the fork bottoms while the wheel is out and one big job I would like to do is put a proper undertray with the bullet lights,but had enough prob's with the one I put on my Bandit

Very nice looking bike. Belated welcome, been a bit busy riding the bike and arranging the next trip / weekend away.

Well I'm fat and fifty (something) - not tried other bikes so can't compare. However looking at the pics from this last weekend's ride-out I am wondering how on earth I get onto it, but I do and stay on it for long periods of time with no ill effect to me - I'm sure I've stressed the bike to the limits though.

Hi SteveCat
Nice to meet you bud!!
I'm in the West Midlands,in Kidderminster. I get over to the cafe at Bridgnorth and a lot of the local meets ie:Swancote,Stormy Petrol,Bassetts Pole.
Please stay in touch,it sounds like we have things in common LOL.
Take Care
StevieH

Radar is in your neck of the woods.

Look out for the Bishops Castle ride out, probably be the second ride-out on next years' calendar, virtually on your doorstep.

Hello , and welcome , we come in all shapes and sizes on this site

Hi and welcome to the

I am a big 6ft size and a shape

and I find Red (my cat) quite comfy... hopefully won't need air traffic control clearance by next year as I'm slowly becoming less of a size and shape

That's a lovely shiny bike you have there 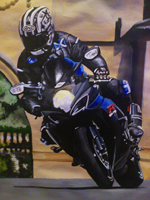