RC clocking in to say hello

RC clocking in to say hello

Hi Guys & gals.
Username robertcains (after my favourite brewery) real name is Nick & I'm from Shropshire, I ride a 99 Thundercat which I have owned just over a year & a few peeps think I'm obsessed with the cleaning rag.
I just like to look after my baby thats all

Hope you enjoy your time here on

s and get to join in on the topics and activities we do.

Hi Rob/Nick whatever you like to be known as - btw nice choice in colours!

Welcome Nick, hopefully see you online and on the road.

If I park my

close to yours, do you think the cleaning cloth might rub off :pirat:

Now if Johnnie comes along again and nick/rob wotsizname too that makes 3 in the bestest colours and one stuck on pig!! (And i'm sure someone else on here has got red/black/white too - we're taking over)

This is good - we'll soon have more

s than other bikes on our rideouts :whoop: - long live the cat!!

well that's a pink elephant obviously but i couldn't see any dancing cats!

Muchos kudos on your choice of real ale

I was fortunate not only to be from Liverpool and drink copious amounts of the stuff, but then ran a pub for 3 years selling it as well! Sad to see it in the hands of the adminstrators, but fingers crossed it can be saved.

As for colour of bike, I had a sneaky feeling Suze might have liked it... Mine is the burgundy one and one of these days I will post a picture if I ever manage to clean through the grime to show her true colours!

Aye she certainly looks well in the Red/Black & white colour scheme & I also have a matching Bagster tank cover for her now along with a single seat pod.
Occasionally we both (me & the 'cat) get dressed up for a bike meet

Pillion is my youngest of three lads who all enjoy biking & I always ensure they wear full PPE,
My eldest has just turned 18 & for his present he now boasts a YBR125 & a full A2 licence :whoop:Getting him to clean it though is a totally different matter & good old Dad ended up removing the road salt from it this weekend before it disintegrates before our very eyes.

Right i'm now definately getting either the angel wings or the devils horns and tail for the next meet!!!

Ezzy's Mum! wrote:Right i'm now definately getting either the angel wings or the devils horns and tail for the next meet!!!

You have to go for the horns Suzie... the wings would melt!!

As if was complicated enough to remember people's names and site names then you go throw a swerve-ball double buff at us!
Just like Greencat never had a Green Cat, AngryEddie isn't angry and is called Chris and don't even go there with Furballs.

Not sure whether to tell Suzie

but she ain't no

picture. I'm gonna dress up like that at my first meet of the year.....honest.

Hi Nick - Which bit of Shropshire is yours? I was there this morning!! Only passing through BUT there look to be some nice rides, especially into Wales.

Regards
Nick (pure red for me, no strange black/white bit!!)

Yorkshire_Thundercat wrote: Hi Nick - Which bit of Shropshire is yours? I was there this morning!! Only passing through BUT there look to be some nice rides, especially into Wales....

Favourite routes from here are into Barmouth, Aberystwyth & the No1 biking twisties of Newtown to Crossgates

I did them all in one day on a full loop last year when a forum buddy from Grimsby who was a Welsh virgin (sounds rude lol) came to visit for a weekend :whoop: 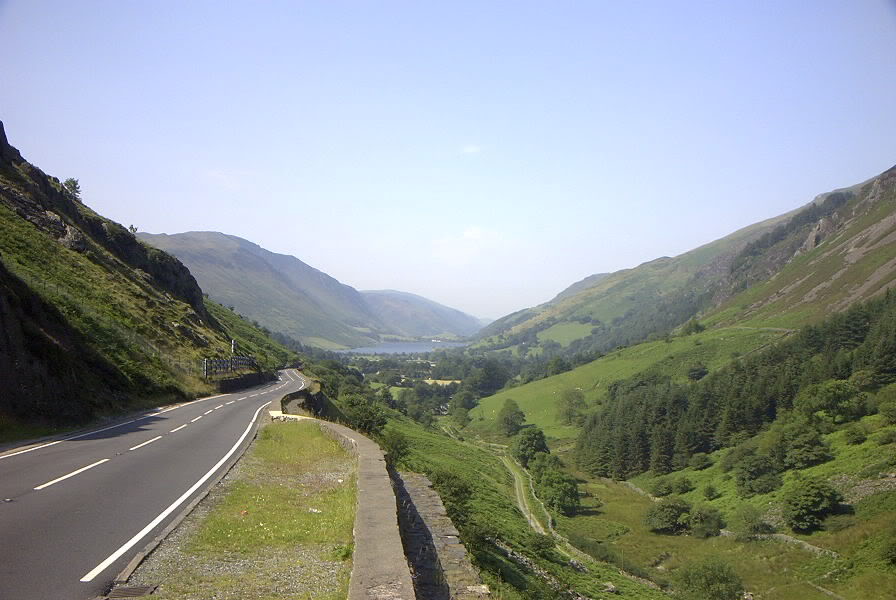 Elan vally lakes are stunning too 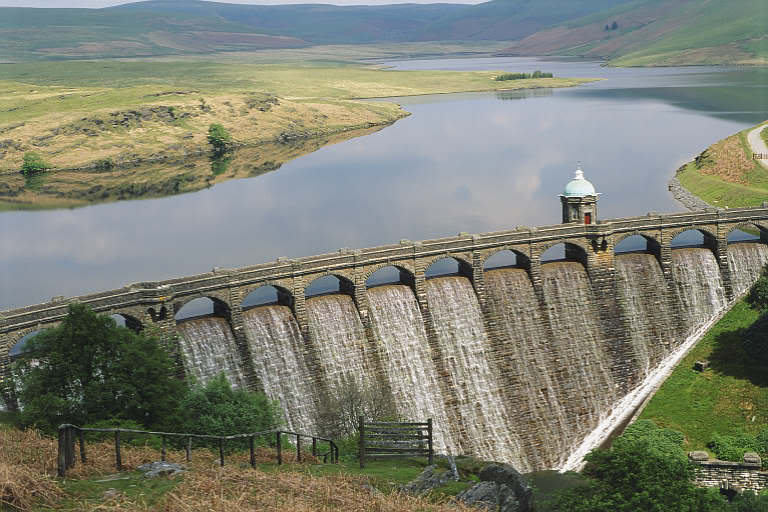 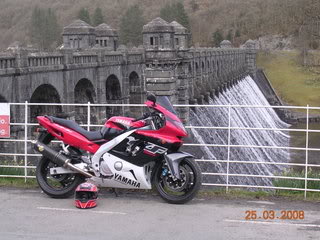 Lovely scenery - maybe get down that way sometime.

I really don't know where WKW and Rosco are getting the idea that i'm not a little angel from - if i'm bad it's only because i'm easily misled by those more mature than me!!!!! ... And whilst we're on the subject of names - Alfie is a mite unlucky - Fi can be a bit wild ... Terry is - no lets not go there in case i get chucked off but i am Ezzy's Mum although i'm not sure she'd thank me for that still being stuck under her blanket in the garage. The weather is forecasting gales for tomorrow but maybe it'll

Suze AKA The site's resident little

Hi Nick, welcome to the site, you are not far from me, 3 miles to be exact (i think) ish, i'm in Longden. I missed the toy run this year, if you fancy a ride sometime let me know, but i must warn you i'm an observer for the IAM and have been known to pass comment on peoples riding, I also never break the speed limit.

Hi Daryl,
We met on the Shrewsbury toy run 12 months ago if I remember correctly & we were the only 'cats out of 300 or so bikes

I've considered IAM myself on more than one occasion but have heard some horrendous stories of being pushed beyond ones limit & more than one or two have ended up shiny side down, Any truth in that m8?

I'm doing my IAM and i can only speak for myself but the guys in my lot are great (Nigel who came on the TOL being one of them). In fact apart from these guys they are the only time i actually enjoy group riding for precisely the reason that i can go at the speed i want and won't get hassled about it. When i turned up first time i said i was worried about being too slow and they told me not to worry and definately not to go faster than i wanted and over the time i've been doing it it's really improved my riding. I'm still slower i know but i always say to people not to worry about me just make sure i'm there at the end and a few people said to me on the TOL weekend that my riding had improved and that was my sole reason for doing it. I don't care if i pass it (although the only thing i need now before i take the test is to be able to do a u turn - well,,.... i think i may be at a standstill in that case

) its achieved what i wanted it to. One of the blokes was having his senior observor reassessment that they have to do every so often and had to be observed observing someone he'd never met/observed before and i was the only one available - i got all pluses and apparently he and the tester told my observer they'd had a really good ride and were very impressed so i was quite pleased (lol he also said he couldn't see why i got my knickers in twist about u turns because i did about 2 miles slow riding inc a mini roundabout

That was a long winded way of saying it's not for everyone and they'll all be a bit different but they're actually not all the old farts and stick in the muds that they have the reputation for being .... well some of them are

No truth whatsoever that the IAM would ever encourage you to ride outside your limits, sounds like he has got a downer on the IAM. On training rides most people have to curb their enthusiasm for speed or else get their ears bent. having said that on a rideout (not training rides) we do not hang about. If you want i would take you out sometime andlet you know what it's all about, send me a pm if you are interested, you never know you may find it very helpful. As said we don't all wear slippers, smoke a pipe and ride pan europeans.

God I hope so... the only thing that keeps me going to work everyday is the thought of a nice summers eve.....

Hi Ellie!! - Don't we all just dream of riding without 6 layers of clothes and looking like the michelin man

I've given in and got heated grips,well Santa bought them it'd be rude not to use them......

Oh crikey not a another crazy burd from Lincolnshire. This site's not big enough.

Only joking......welcome to the site Ellie. Suzie will no doubt introduce herself to you soon........she is crazy though!

Congrats on passing your test and great choice of bike....I've a 98 cat myself. What are your colours?

We are making Robertcains (that's not his actual name though) famous my posting all this on his thread.