As we have quite a few new members regularly joining one of our organised forum weekend rides it has been suggested that its worth explaining the system we use to keep the group together on the day regardless of how many bikes we have or differences in riding abilities.

The first thing to point out is that there is always a leader (usually the ride organiser) & this person normally leads for the whole day, There is also a rider who will always stay in position at the rear of the group (Tail end Charlie) Quite often this position can be taken up by more than one rider but to identify him/her they wear a hi-vis vest & the leader will announce the nominated Tail end Charlie each time they change to another person.

The leader will always ride keeping the rider behind him within sight, At any junction, roundabout or change of direction the leader will point to a safe place for the second bike/rider to stop & 'mark' that change where he/she will wave/direct all the bikes on the correct route until Tail end Charlie arrives, The marker will then join the rear of the pack with Tail end Charlie behind him/her.

As the ride progresses each rider will by default work their way through the group as members 'drop off' to mark.

It may sound complicated but is actually very simple if followed correctly & novices will easily pick it up after marking once, The most important thing to point out is to never leave your junction that you are marking until Tail end Charlie arrives (however long that may be) or the group will be split, If something unexpected has happened meaning the group has split you will normally be informed of this (either by mobile phones or another member coming back to find you)

The only alteration we sometimes use is 'the double marker system' where the junction is marked by two bikes/riders (2nd & 3rd in the pack) This is more effective in a larger group & for obvious reasons makes marking less tedious whilst waiting around & also in the case of any incident leaves one bike to mark whilst the other is free to deal with the incident.

The leader will also explain everything at the start of the days riding. 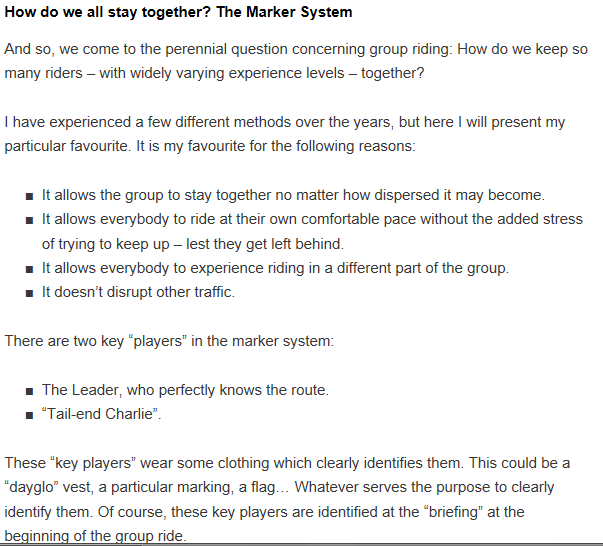 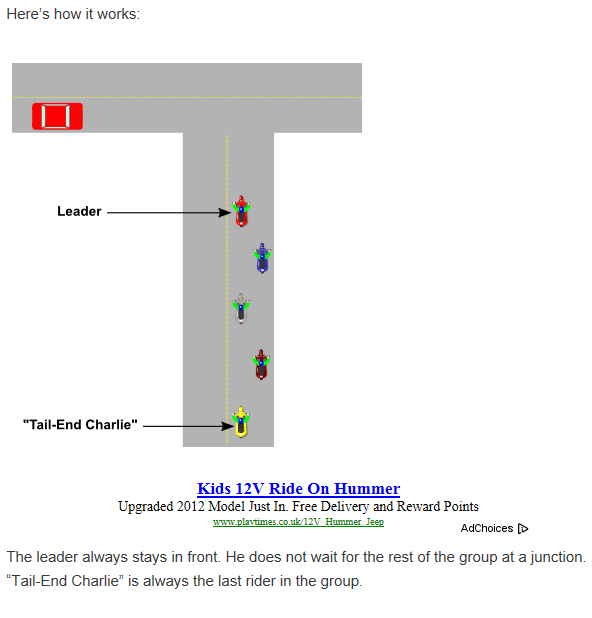 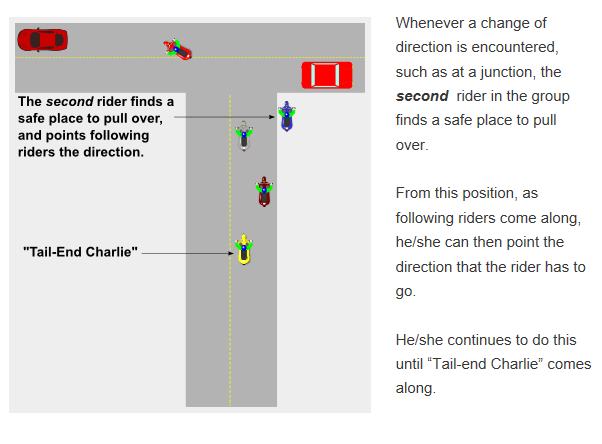 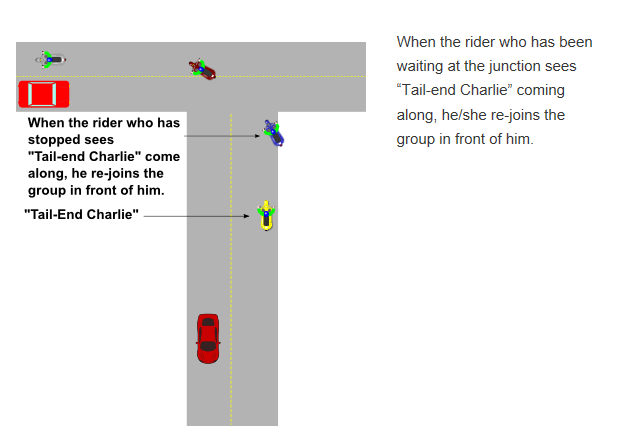 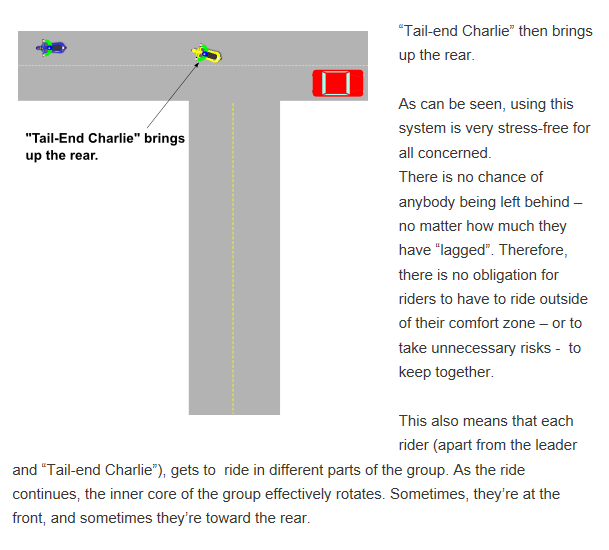