Amongst other stuff, I planned to tidy up my forks this weekend whilst changing the springs. I decided to completely strip them down to clean rather than just mask off and paint.

Nice forks eh... The other side is nearly as bad, and this is AFTER a clean up 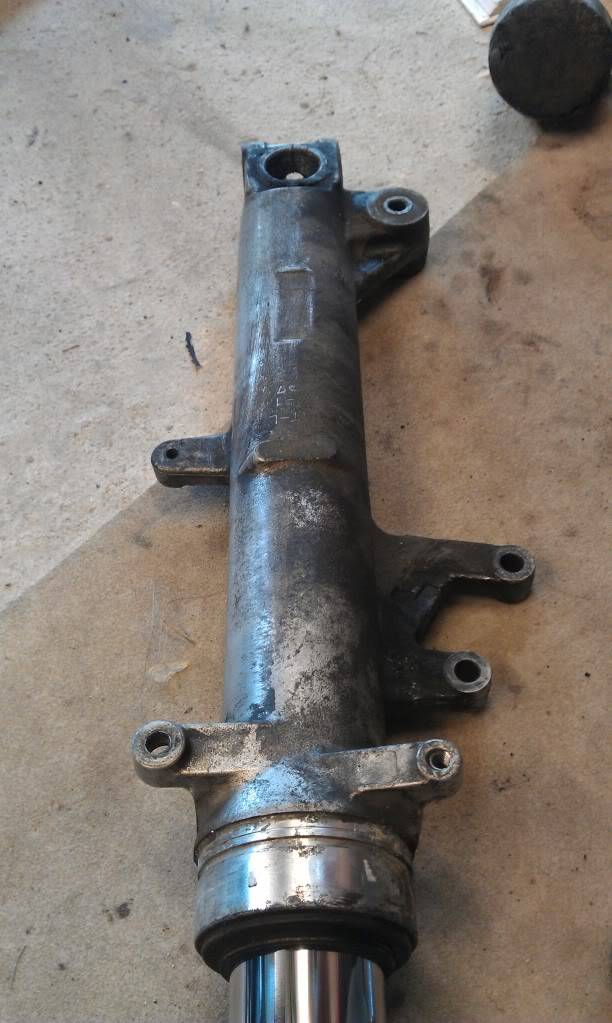 I took them off the bike and stripped them, euurgh 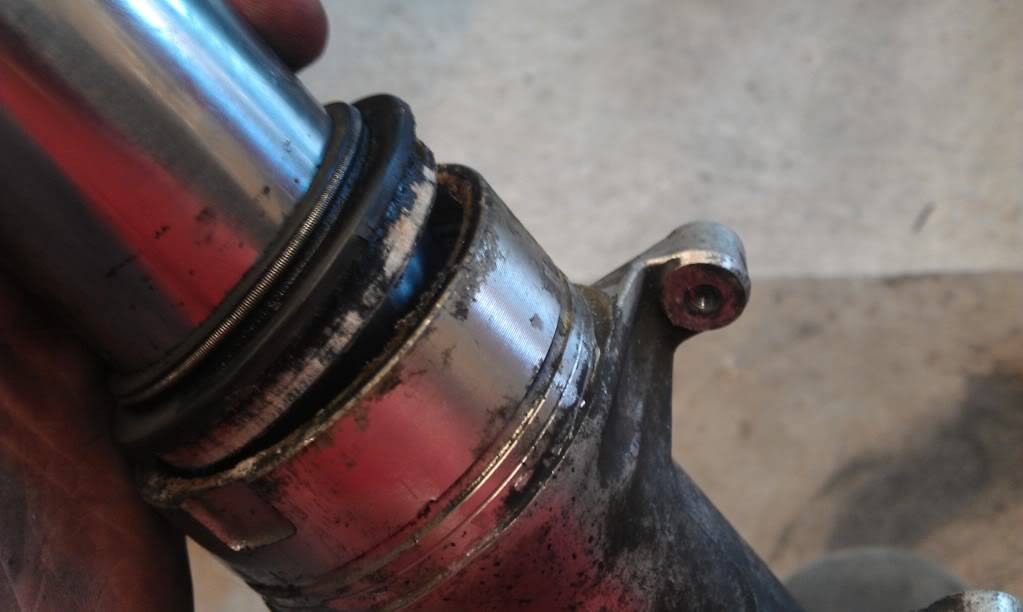 Masked them off and took my blast gun to them, never used it before, I never got around to finishing my blast cabinet so just put a load of tarp up and had a go outside the garage 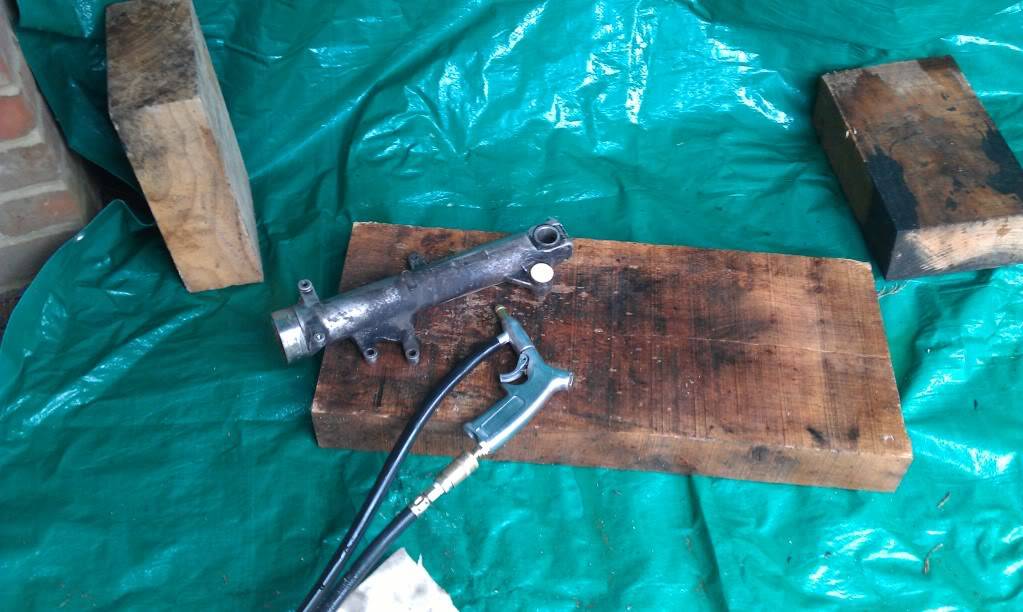 It's good fun, but REALLY need to finish the cabinet as lost all that media that could have been reused several times if it was in a cabinet. It did the job though 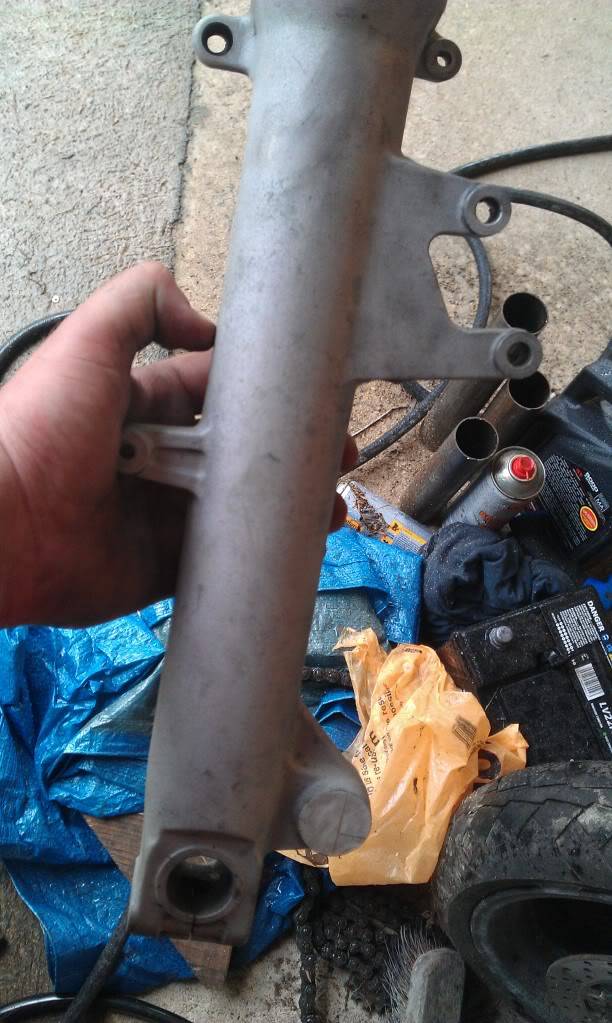 Then I just applied four or five layers of grey primer, satin black paint and then laquer (all of which were 500ml spray cans from Halfords, so not cheap, looking forward to having a go using my paint gun and compressor).

Will put pick up of painted forks later, I forgot to take one yesterday. The only problem is, I buggered one of the oil seals when putting them in so just waiting for replacements in the post.

I currently have one shiny, nice looking thing on my whole bike... my right hand fork lower.

The worst part is, the brake caliper looks REALLY bad next to it, so I want to do the same to the calipers, and I might aswell do the same to the swingarm eh.... And if I actually make it that far, it would be stupid not to take the engine covers off and do them next time I do an oil change...

However, if I go to all that trouble I might as well sort the paint out for the fairings, but then the downpipes would need a good polish before I did that...


HOLY CRAP... I'm starting to care about how the bike looks

book me in for a head feeling test and a course in bike washing. Rosco, I'm sorry, I have let you down

The after picture, seal driver and oil seals not appeared yet but here is the loose fork 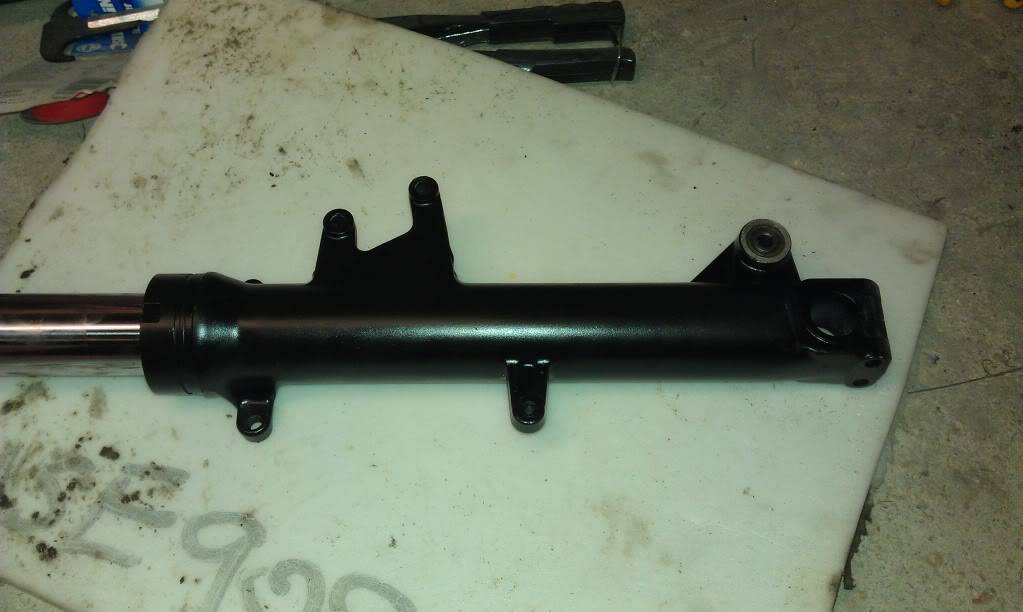 Looking much better than it did

I'm still proud of you though.

Well my fork seal driver turned up on Wednesday and the fork seals turned up today so will get a pic up either tonight or tomorrw of the forks on the bike to see how you think they look and if you think the swingarm would look good in the same colour.

Also I'll treat you too a pic of the seal driver, everyone likes looking at new tools right?

Or is it just me?

I forgot, here are the forks in situ 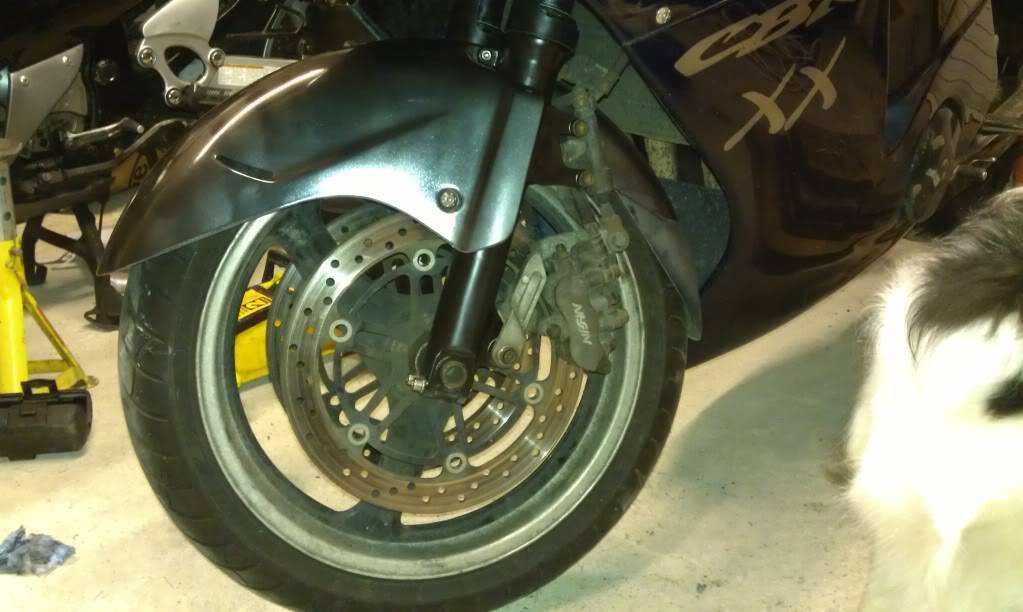 and the new tool 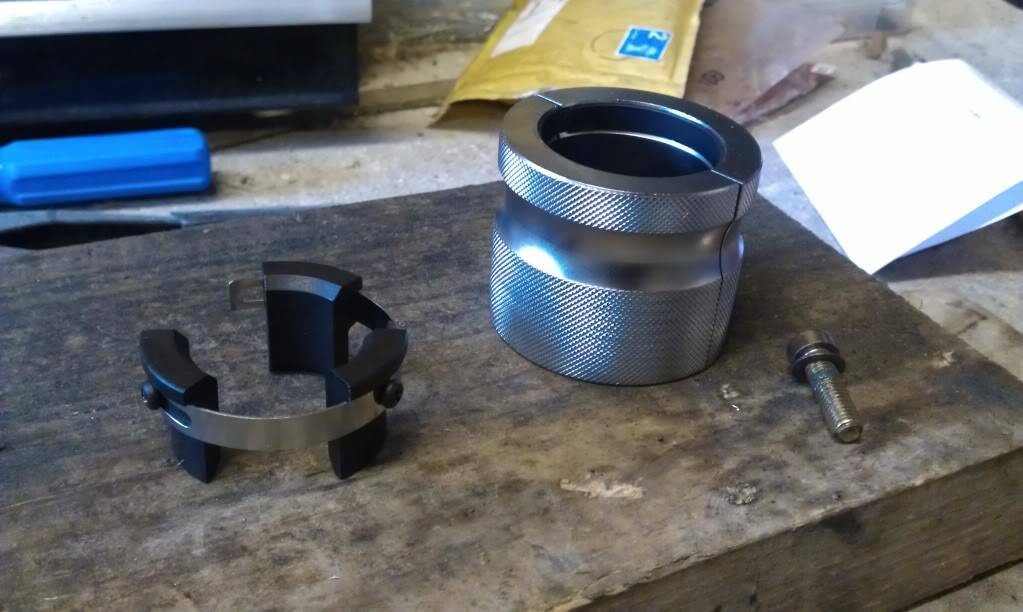 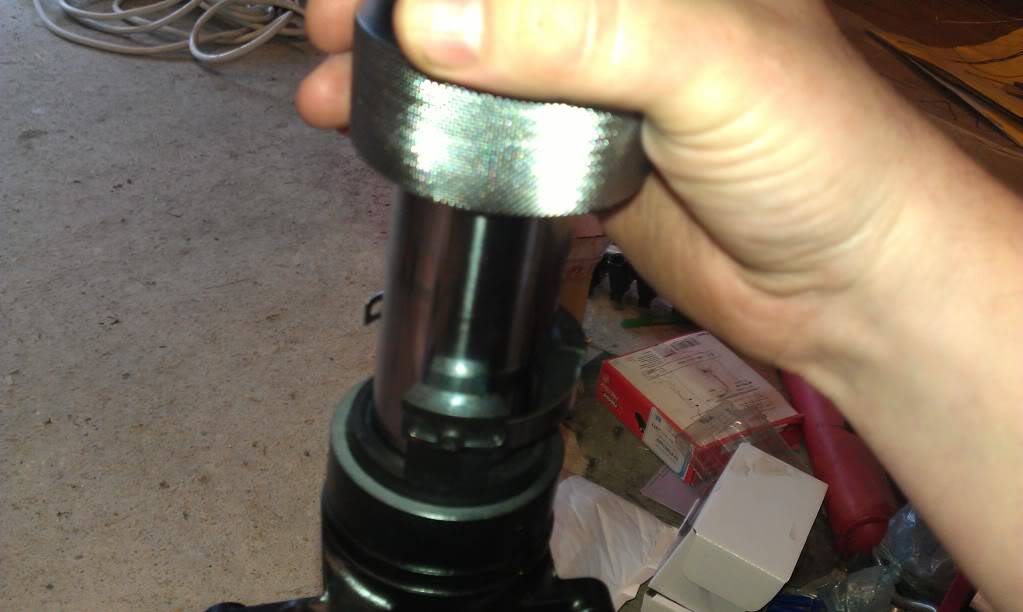 It's good but I did have trouble with getting the seal in level, but as this was my first go I am not sure if that is due to the tool, user error or a problem with the fork. Will let you know next time I have to do fork seals

I'm sure that last picture is going to incurr some inuendo comments!

Nice job though! Oh, is that one?